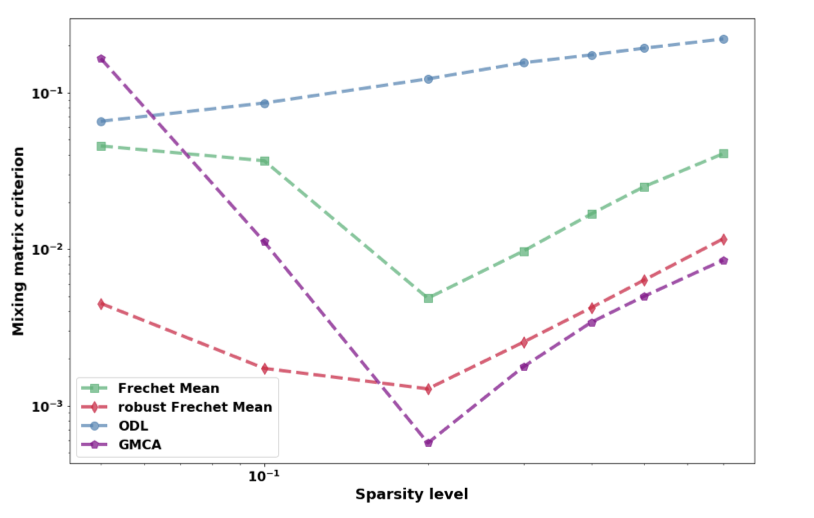 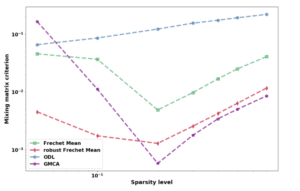 Sparse Blind Source Separation (sBSS) plays a key role in scientific domains as different as biomedical imaging, remote sensing or astrophysics, which require the development of increasingly faster and scalable BSS methods without sacrificing the separation performances. To that end, a new distributed sparse BSS algorithm is introduced based on a mini-batch ex-tension of the Generalized Morphological Component Analysis algorithm (GMCA). Precisely, it combines a robust projected alternate least-squares method with mini-batches optimization. The originality further lies in the use of a manifold-based aggregation of asynchronously estimated mixing ma- trices. Numerical experiments are carried out on realistic spectroscopic spectra, and highlight the ability of the proposed distributed GMCA (dGMCA) to provide very good separation results even when very small mini-batches are used. Quite unexpectedly, it can further outperform the (non-distributed) state-of-the-art methods for highly sparse sources. 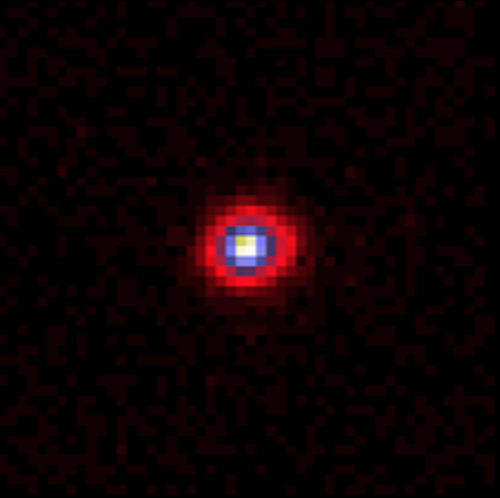 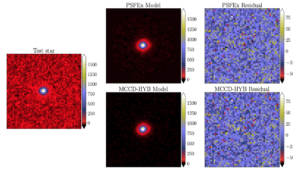 Context. Galaxy imaging surveys observe a vast number of objects that are affected by the instrument’s Point Spread Function (PSF). Weak lensing missions, in particular, aim at measuring the shape of galaxies, and PSF effects represent an important source of systematic errors which must be handled appropriately. This demands a high accuracy in the modelling as well as the estimation of the PSF at galaxy positions.

Aims. Sometimes referred to as non-parametric PSF estimation, the goal of this paper is to estimate a PSF at galaxy positions, starting from a set of noisy star image observations distributed over the focal plane. To accomplish this, we need our model to first of all, precisely capture the PSF field variations over the Field of View (FoV), and then to recover the PSF at the selected positions. Methods. This paper proposes a new method, coined MCCD (Multi-CCD PSF modelling), that creates, simultaneously, a PSF field model over all of the instrument’s focal plane. This allows to capture global as well as local PSF features through the use of two complementary models which enforce different spatial constraints. Most existing non-parametric models build one model per Charge-Coupled Device (CCD), which can lead to difficulties in capturing global ellipticity patterns.

Results. We first test our method on a realistic simulated dataset comparing it with two state-of-the-art PSF modelling methods (PSFEx and RCA). We outperform both of them with our proposed method. Then we contrast our approach with PSFEx on real data from CFIS (Canada-France Imaging Survey) that uses the CFHT (Canada-France-Hawaii Telescope). We show that our PSF model is less noisy and achieves a ~ 22% gain on pixel Root Mean Squared Error (RMSE) with respect to PSFEx.

Conclusions. We present, and share the code of, a new PSF modelling algorithm that models the PSF field on all the focal plane that is mature enough to handle real data.