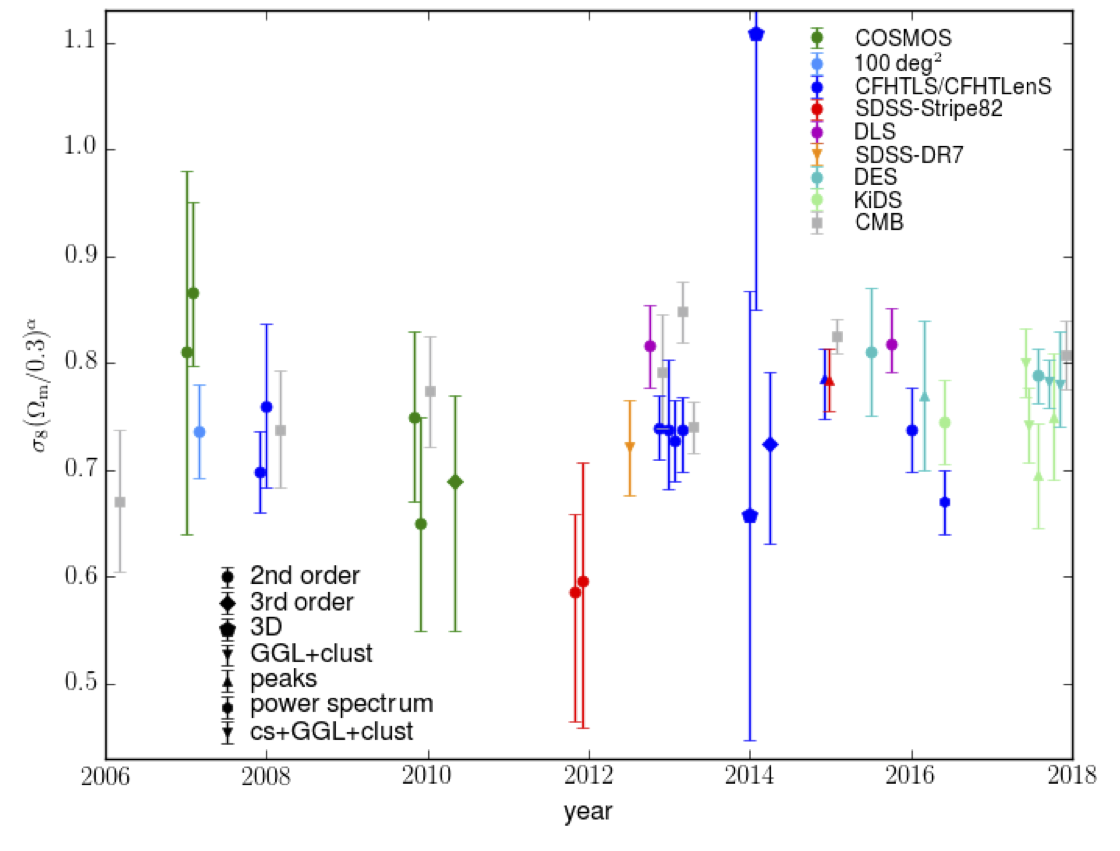 In this manuscript of the habilitation à diriger des recherches (HDR), the author presents some of his work over the last ten years. The main topic of this thesis is cosmic shear, the distortion of images of distant galaxies due to weak gravitational lensing by the large-scale structure in the Universe. Cosmic shear has become a powerful probe into the nature of dark matter and the origin of the current accelerated expansion of the Universe. Over the last years, cosmic shear has evolved into a reliable and robust cosmological probe, providing measurements of the expansion history of the Universe and the growth of its structure.
I review the principles of weak gravitational lensing and show how cosmic shear is interpreted in a cosmological context. Then I give an overview of weak-lensing measurements, and present observational results from the Canada-France Hawai'i Lensing Survey (CFHTLenS), as well as the implications for cosmology. I conclude with an outlook on the various future surveys and missions, for which cosmic shear is one of the main science drivers, and discuss promising new weak cosmological lensing techniques for future observations.