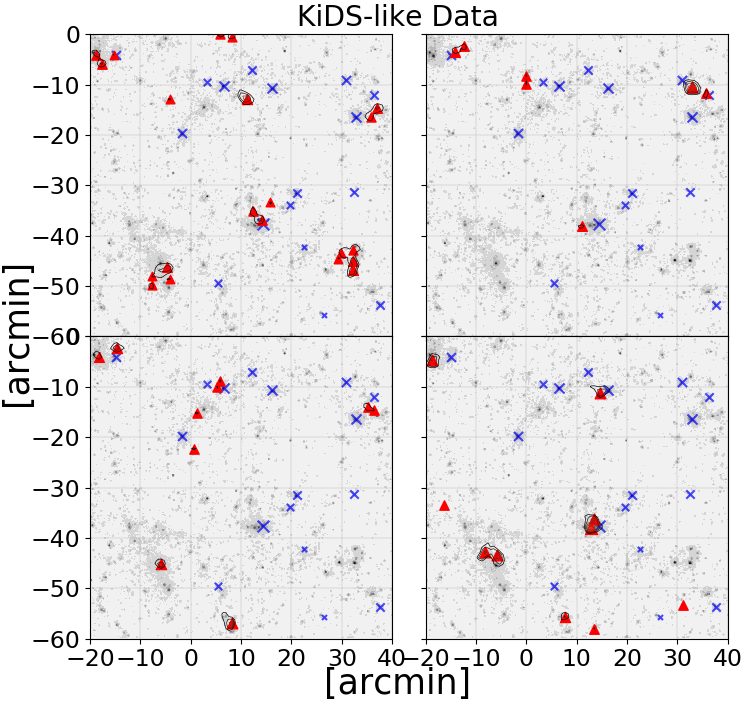 We study the impact of baryonic processes and massive neutrinos on weak lensing peak statistics that can be used to constrain cosmological parameters. We use the BAHAMAS suite of cosmological simulations, which self-consistently include baryonic processes and the effect of massive neutrino free-streaming on the evolution of structure formation. We construct synthetic weak lensing catalogues by ray-tracing through light-cones, and use the aperture mass statistic for the analysis. The peaks detected on the maps reflect the cumulative signal from massive bound objects and general large-scale structure. We present the first study of weak lensing peaks in simulations that include both baryonic physics and massive neutrinos (summed neutrino mass Mν = 0.06, 0.12, 0.24, and 0.48 eV assuming normal hierarchy), so that the uncertainty due to physics beyond the gravity of dark matter can be factored into constraints on cosmological models. Assuming a fiducial model of baryonic physics, we also investigate the correlation between peaks and massive haloes, over a range of summed neutrino mass values. As higher neutrino mass tends to suppress the formation of massive structures in the Universe, the halo mass function and lensing peak counts are therefore modified as a function of Mν. Over most of the S/N range, the impact of fiducial baryonic physics is greater (less) than neutrinos for 0.06 and 0.12 (0.24 and 0.48) eV models. Both baryonic physics and massive neutrinos should be accounted for when deriving cosmological parameters from weak lensing observations.