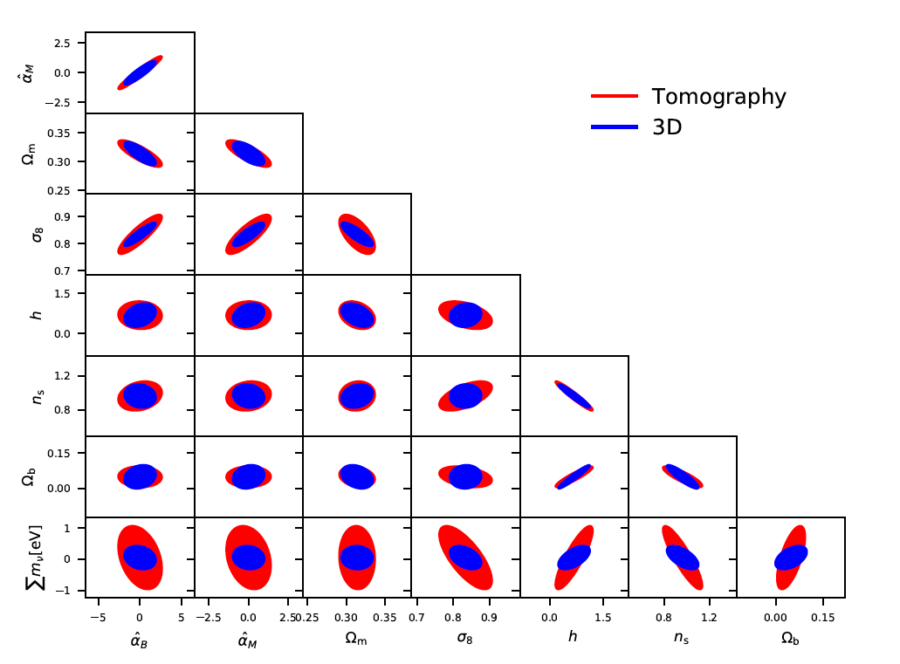 Cosmic shear, the weak gravitational lensing caused by the large-scale structure, is one of the primary probes to test gravity with current and future surveys. There are two main techniques to analyse a cosmic shear survey; a tomographic method, where correlations between the lensing signal in different redshift bins are used to recover redshift information, and a 3D approach, where the full redshift information is carried through the entire analysis. Here we compare the two methods, by forecasting cosmological constraints for future surveys like Euclid. We extend the 3D formalism for the first time to theories beyond the standard model, belonging to the Horndeski class. This includes the majority of universally coupled extensions to LCDM with one scalar degree of freedom in addition to the metric, which are still in agreement with current observations. Given a fixed background, the evolution of linear perturbations in Horndeski gravity is described by a set of four functions of time only. We model their time evolution assuming proportionality to the dark energy density fraction and place Fisher matrix constraints on the proportionality coefficients. We find that a 3D analysis can constrain Horndeski theories better than a tomographic one, in particular with a decrease in the errors on the Horndeski parameters of the order of 20 - 30%. This paper shows for the first time a quantitative comparison on an equal footing between Fisher matrix forecasts for both a fully 3D and a tomographic analysis of cosmic shear surveys. The increased sensitivity of the 3D formalism comes from its ability to retain information on the source redshifts along the entire analysis.

A new paper has been put on the arXiv, led by Alessio Spurio Mancini, PhD student of CosmoStat member Valeria Pettorino in collaboration with R. Reischke, B.M. Scháefer (Heidelberg) and M. Zumalacárregui (Berkeley LBNL and Paris Saclay IPhT).
The authors investigate the performance of a 3D analysis of cosmic shear measurements vs a tomographic analysis as a probe of Horndeski theories of modified gravity, setting constraints by means of a Fisher matrix analysis on the parameters that describe the evolution of linear perturbations, using the specifications of a future Euclid-like experiment. Constraints are shown on both the modified gravity parameters and on a set of standard cosmological parameters, including the sum of neutrino masses. The analysis is restricted to angular modes ell < 1000 and k < 1 h/Mpc to avoid the deeply non-linear regime of structure growth. Below the main results of the paper. 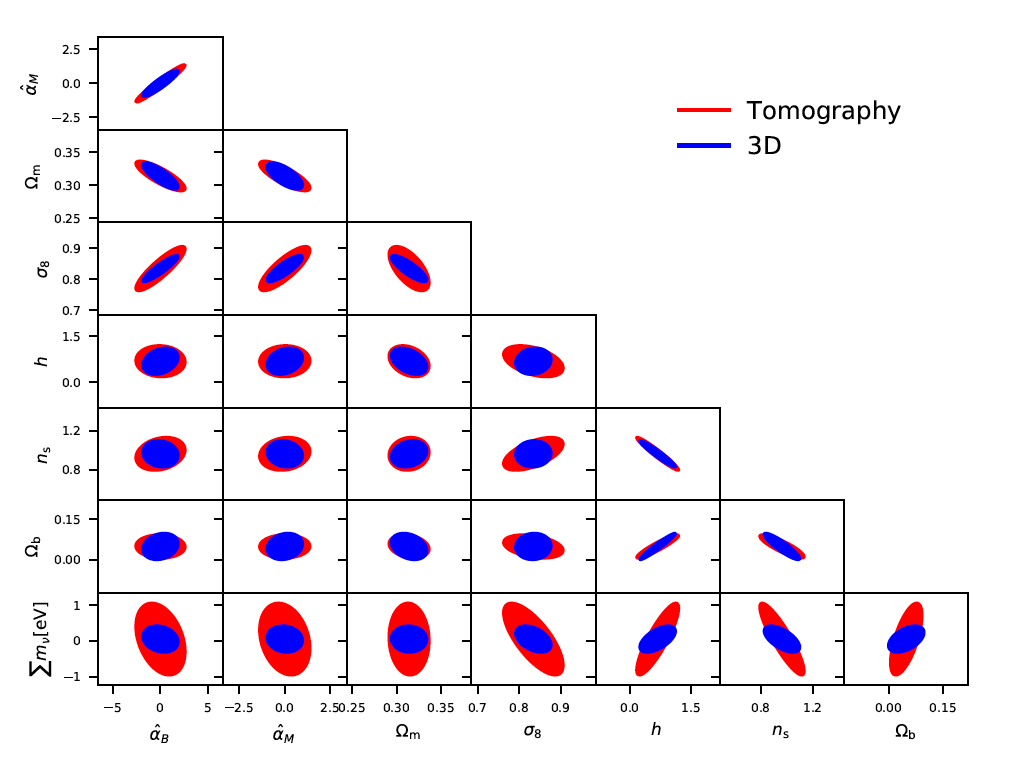