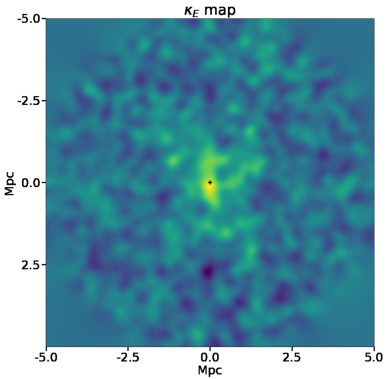 UNIONS is an ongoing collaboration that will provide the largest deep photometric survey of the Northern sky in four optical bands to date. As part of this collaboration, CFIS is taking r-band data with an average seeing of 0.65 arcsec, which is complete to magnitude 24.5 and thus ideal for weak-lensing studies. We perform the first weak-lensing analysis of CFIS r-band data over an area spanning 1700 deg2 of the sky. We create a catalogue with measured shapes for 40 million galaxies, corresponding to an effective density of 6.8 galaxies per square arcminute, and demonstrate a low level of systematic biases. This work serves as the basis for further cosmological studies using the full UNIONS survey of 4800 deg2 when completed. Here we present ShapePipe, a newly developed weak-lensing pipeline. This pipeline makes use of state-of-the-art methods such as Ngmix for accurate galaxy shape measurement. Shear calibration is performed with metacalibration. We carry out extensive validation tests on the Point Spread Function (PSF), and on the galaxy shapes. In addition, we create realistic image simulations to validate the estimated shear. We quantify the PSF model accuracy and show that the level of systematics is low as measured by the PSF residuals. Their effect on the shear two-point correlation function is sub-dominant compared to the cosmological contribution on angular scales <100 arcmin. The additive shear bias is below 5x10−4, and the residual multiplicative shear bias is at most 10−3 as measured on image simulations. Using COSEBIs we show that there are no significant B-modes present in second-order shear statistics. We present convergence maps and see clear correlations of the E-mode with known cluster positions. We measure the stacked tangential shear profile around Planck clusters at a significance higher than 4σ.