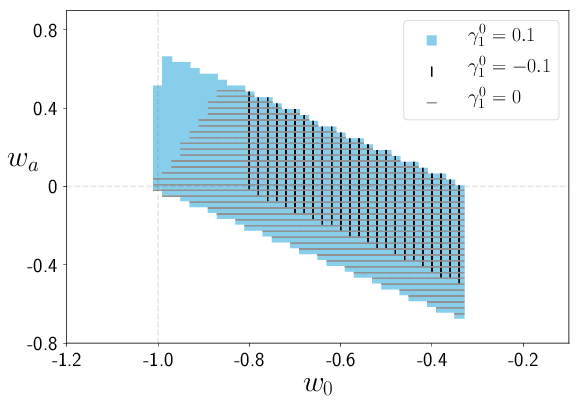 In the context of the effective field theory of dark energy (EFT) we perform agnostic explorations of Horndeski gravity. We choose two parametrizations for the free EFT functions, namely a power law and a dark energy density-like behaviour on a non trivial Chevallier-Polarski-Linder background. We restrict our analysis to those EFT functions which do not modify the speed of propagation of gravitational waves. Among those, we prove that one specific function cannot be constrained by data, since its contribution to the observables is below the cosmic variance, although we show it has a relevant role in defining the viable parameter space. We place constraints on the parameters of these models combining measurements from present day cosmological datasets and we prove that the next generation galaxy surveys can improve such constraints by one order of magnitude. We then verify the validity of the quasi-static limit within the sound horizon of the dark field, by looking at the phenomenological functions μ and Σ, associated respectively to clustering and lensing potentials. Furthermore, we notice up to 5% deviations in μ,Σ with respect to General Relativity at scales smaller than the Compton one. For the chosen parametrizations and in the quasi-static limit, future constraints on μ and Σ can reach the 1% level and will allow us to discriminate between certain models at more than 3σ, provided the present best-fit values remain.