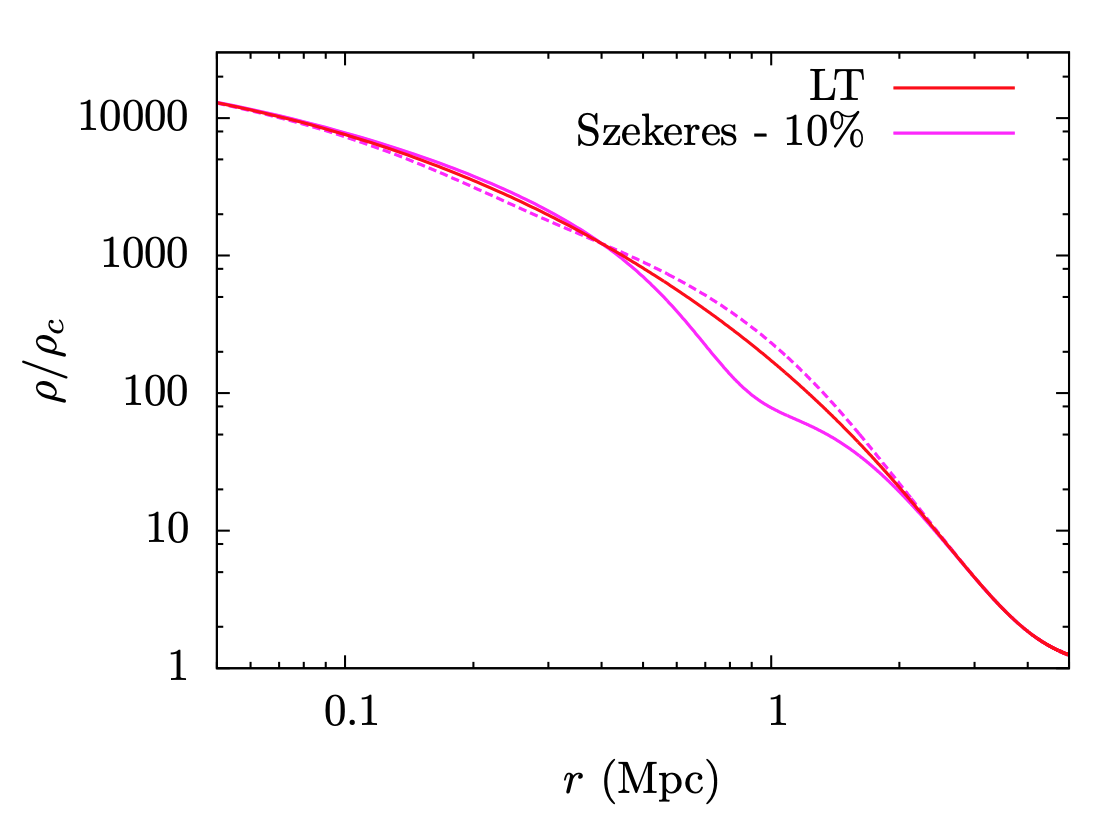 The study of relativistic, higher order, and nonlinear effects has become necessary in recent years in the pursuit of precision cosmology. We develop and apply here a framework to study gravitational lensing in exact models in general relativity that are not restricted to homogeneity and isotropy, and where full nonlinearity and relativistic effects are thus naturally included. We apply the framework to a specific, anisotropic galaxy cluster model which is based on a modified NFW halo density profile and described by the Szekeres metric. We examine the effects of increasing levels of anisotropy in the galaxy cluster on lensing observables like the convergence and shear for various lensing geometries, finding a strong nonlinear response in both the convergence and shear for rays passing through anisotropic regions of the cluster. Deviation from the expected values in a spherically symmetric structure are asymmetric with respect to path direction and thus will persist as a statistical effect when averaged over some ensemble of such clusters. The resulting relative difference in various geometries can be as large as approximately 2%, 8%, and 24% in the measure of convergence (1-κ) for levels of anisotropy of 5%, 10%, and 15%, respectively, as a fraction of total cluster mass. For the total magnitude of shear, the relative difference can grow near the center of the structure to be as large as 15%, 32%, and 44% for the same levels of anisotropy, averaged over the two extreme geometries. The convergence is impacted most strongly for rays which pass in directions along the axis of maximum dipole anisotropy in the structure, while the shear is most strongly impacted for rays which pass in directions orthogonal to this axis, as expected. The rich features found in the lensing signal due to anisotropic substructure are nearly entirely lost when one treats the cluster in the traditional FLRW lensing framework. These effects due to anisotropic structures are thus likely to impact lensing measurements and must be fully examined in an era of precision cosmology.