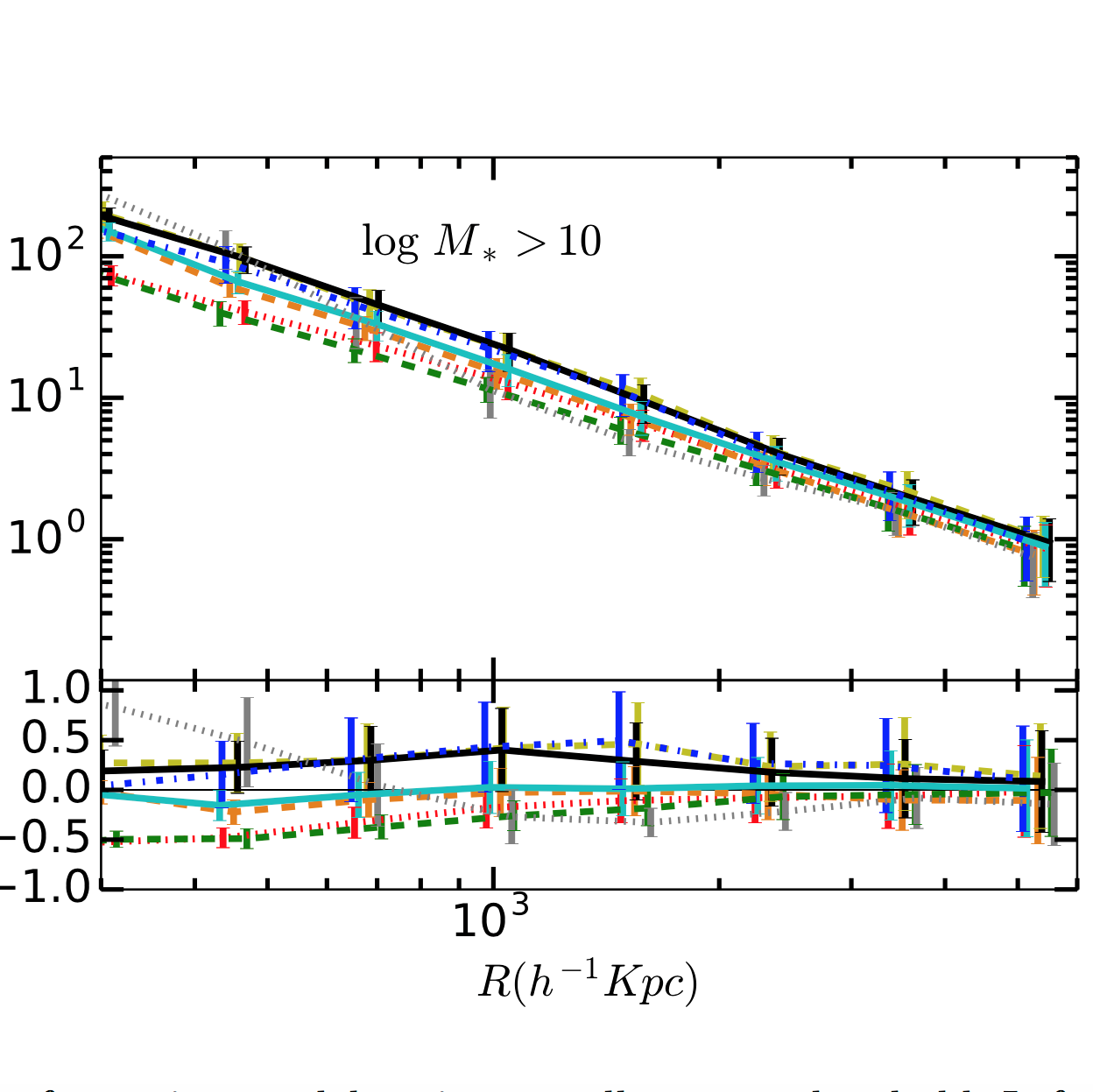 We present a clustering comparison of 12 galaxy formation models (including Semi-Analytic Models (SAMs) and Halo Occupation Distribution (HOD) models) all run on halo catalogues and merger trees extracted from a single {\Lambda}CDM N-body simulation. We compare the results of the measurements of the mean halo occupation numbers, the radial distribution of galaxies in haloes and the 2-Point Correlation Functions (2PCF). We also study the implications of the different treatments of orphan (galaxies not assigned to any dark matter subhalo) and non-orphan galaxies in these measurements. Our main result is that the galaxy formation models generally agree in their clustering predictions but they disagree significantly between HOD and SAMs for the orphan satellites. Although there is a very good agreement between the models on the 2PCF of central galaxies, the scatter between the models when orphan satellites are included can be larger than a factor of 2 for scales smaller than 1 Mpc/h. We also show that galaxy formation models that do not include orphan satellite galaxies have a significantly lower 2PCF on small scales, consistent with previous studies. Finally, we show that the 2PCF of orphan satellites is remarkably different between SAMs and HOD models. Orphan satellites in SAMs present a higher clustering than in HOD models because they tend to occupy more massive haloes. We conclude that orphan satellites have an important role on galaxy clustering and they are the main cause of the differences in the clustering between HOD models and SAMs.