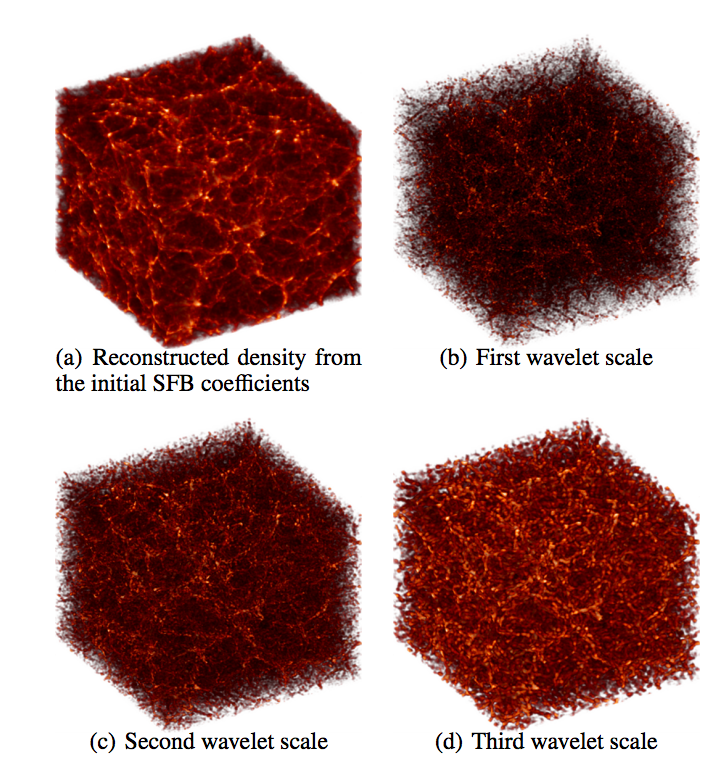 Future cosmological surveys will provide 3D large scale structure maps with large sky coverage, for which a 3D Spherical Fourier-Bessel (SFB) analysis in spherical coordinates is natural. Wavelets are particularly well-suited to the analysis and denoising of cosmological data, but a spherical 3D isotropic wavelet transform does not currently exist to analyse spherical 3D data. The aim of this paper is to present a new formalism for a spherical 3D isotropic wavelet, i.e. one based on the SFB decomposition of a 3D field and accompany the formalism with a public code to perform wavelet transforms. We describe a new 3D isotropic spherical wavelet decomposition based on the undecimated wavelet transform (UWT) described in Starck et al. 2006. We also present a new fast Discrete Spherical Fourier-Bessel Transform (DSFBT) based on both a discrete Bessel Transform and the HEALPIX angular pixelisation scheme. We test the 3D wavelet transform and as a toy-application, apply a denoising algorithm in wavelet space to the Virgo large box cosmological simulations and find we can successfully remove noise without much loss to the large scale structure. We have described a new spherical 3D isotropic wavelet transform, ideally suited to analyse and denoise future 3D spherical cosmological surveys, which uses a novel Discrete Spherical Fourier-Bessel Transform. We illustrate its potential use for denoising using a toy model. All the algorithms presented in this paper are available for download as a public code called MRS3D at this http URL.