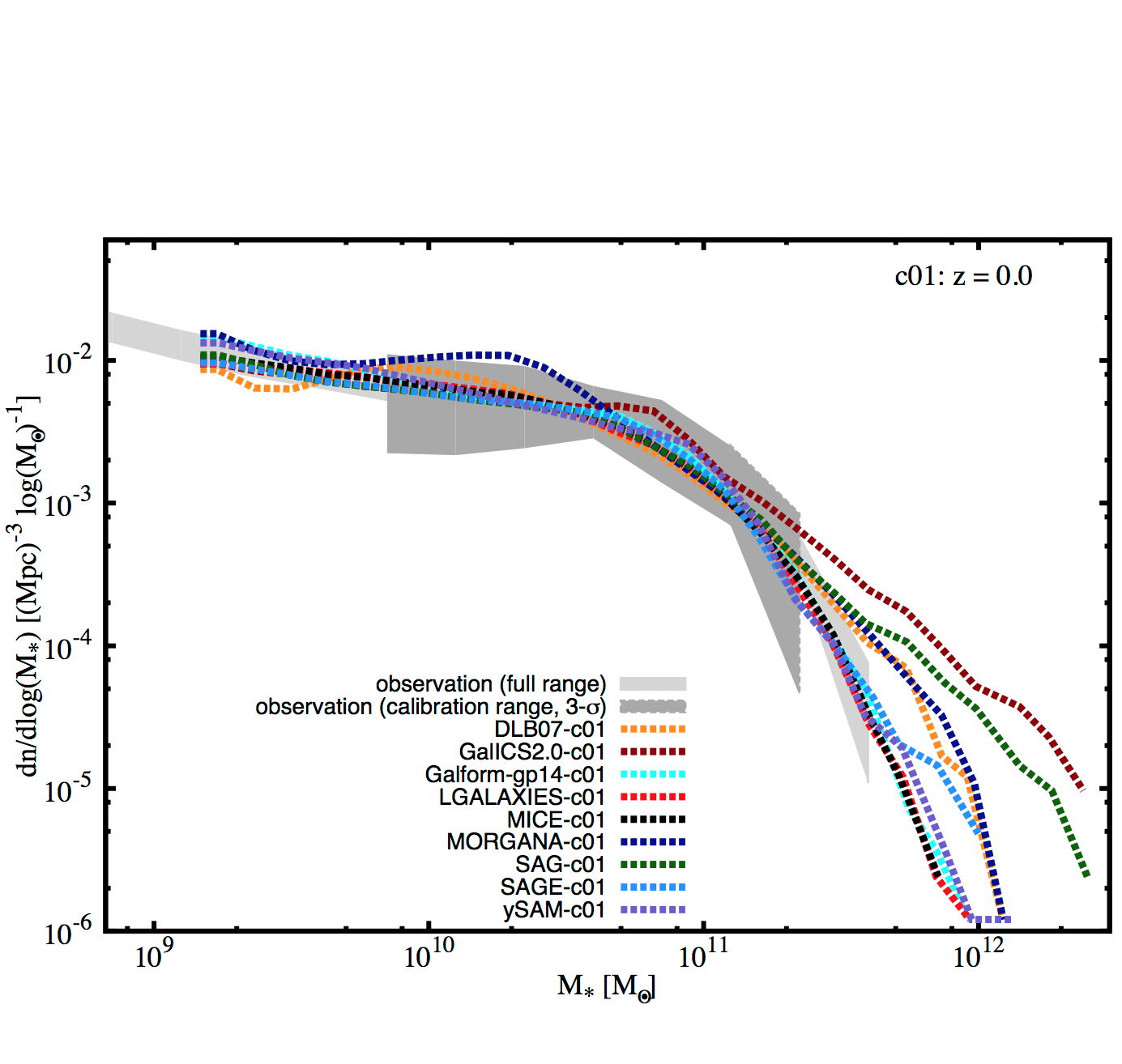 We present a comparison of nine galaxy formation models, eight semi-analytical and one halo occupation distribution model, run on the same underlying cold dark matter simulation (cosmological box of co-moving width 125h−1 Mpc, with a dark-matter particle mass of 1.24×109h−1 Msun) and the same merger trees. While their free parameters have been calibrated to the same observational data sets using two approaches, they nevertheless retain some 'memory' of any previous calibration that served as the starting point (especially for the manually-tuned models). For the first calibration, models reproduce the observed z = 0 galaxy stellar mass function (SMF) within 3-{\sigma}. The second calibration extended the observational data to include the z = 2 SMF alongside the z~0 star formation rate function, cold gas mass and the black hole-bulge mass relation. Encapsulating the observed evolution of the SMF from z = 2 to z = 0 is found to be very hard within the context of the physics currently included in the models. We finally use our calibrated models to study the evolution of the stellar-to-halo mass (SHM) ratio. For all models we find that the peak value of the SHM relation decreases with redshift. However, the trends seen for the evolution of the peak position as well as the mean scatter in the SHM relation are rather weak and strongly model dependent. Both the calibration data sets and model results are publicly available.