The LGMCA method has been used to reconstruct the Cosmic Microwave Background (CMB) image from WMAP 9 year and Planck-PR2 data. Based on the sparse modeling of signals – a framework recently developed in applied mathematics – the proposed component separation method is well-suited for the extraction of foreground emissions. A joint WMAP9 year and Planck PR2 CMB has been reconstructed for the first time and produce a very high quality CMB map, especially on the galactic center where it is the most difficult due to the strong foreground emissions of our Galaxy. This webpage provides some comparisons between the PR2 and WPR2 maps and codes to recompute the map in the spirit of reproducible research. 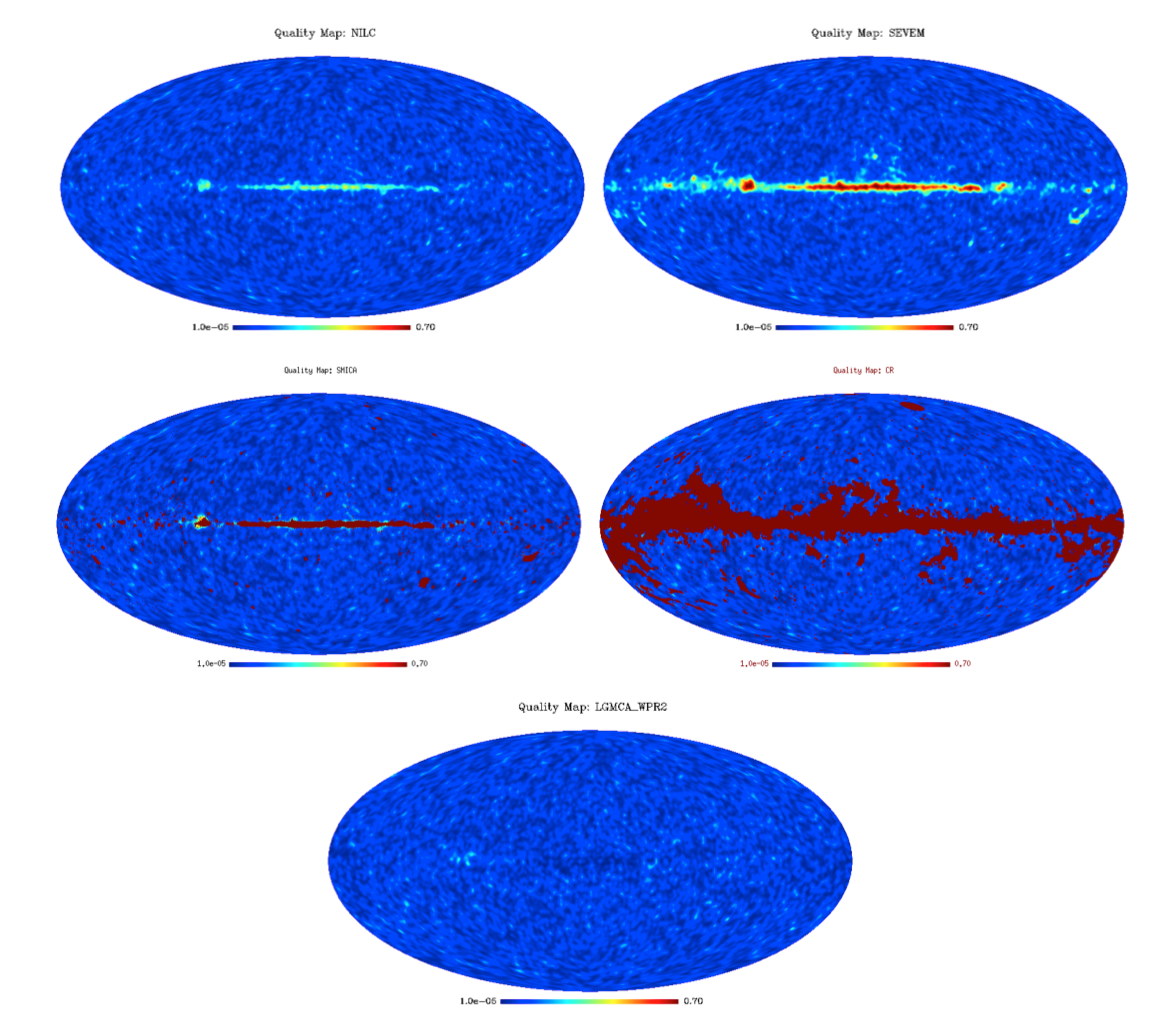 The LGMCA CMB map does not contain noticeable tSZ residual 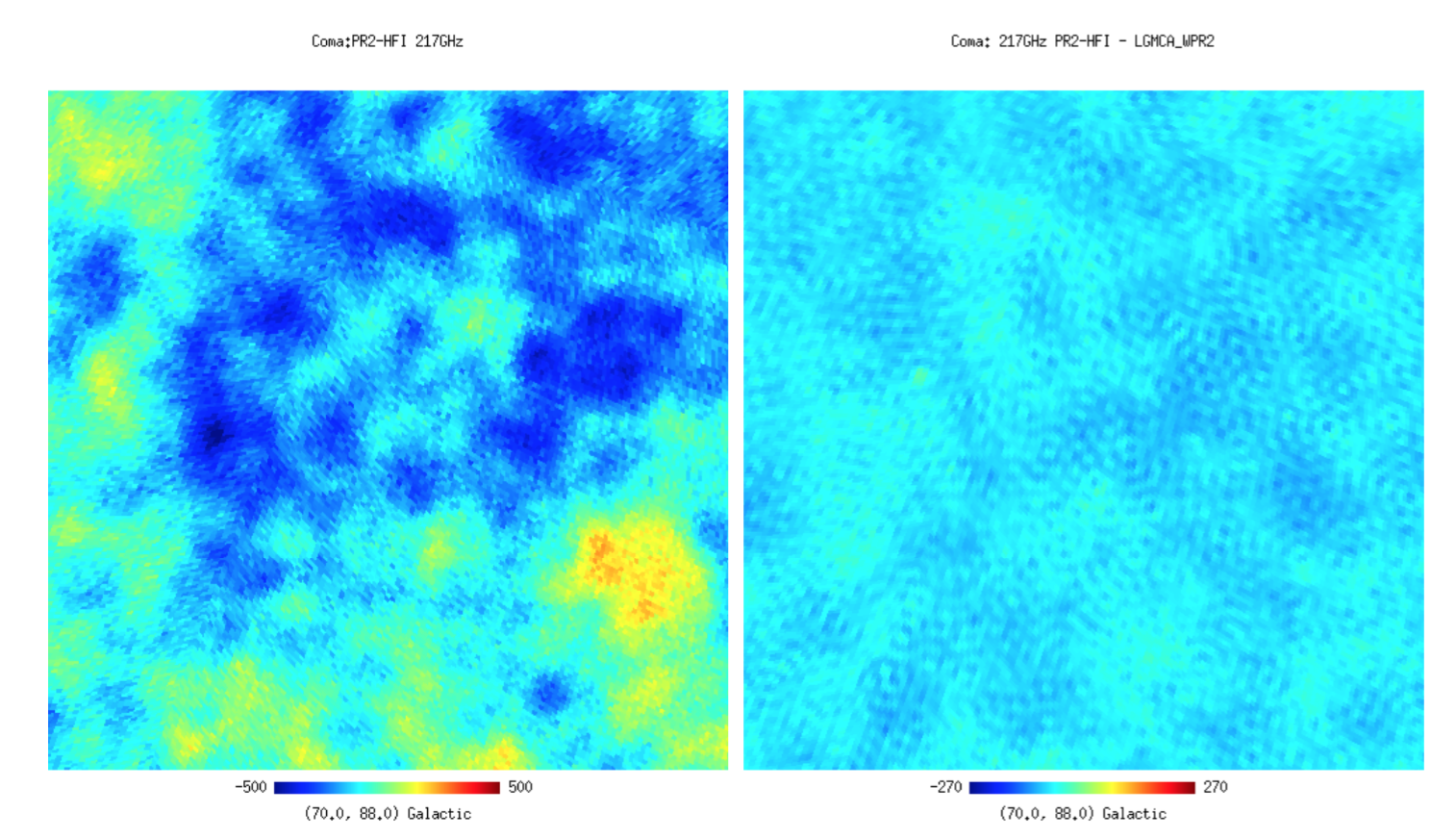 Difference map about the Coma cluster area between HFI-217GHz and CMB maps, respectively PR2 NILC, SEVEM, SMICA, Commander and WPR2 LGMCA. As the SZ vanishes at 217GHz, the presence of residuals of tSZ in the difference reveals a tSZ contamination in the estimated CMB map. 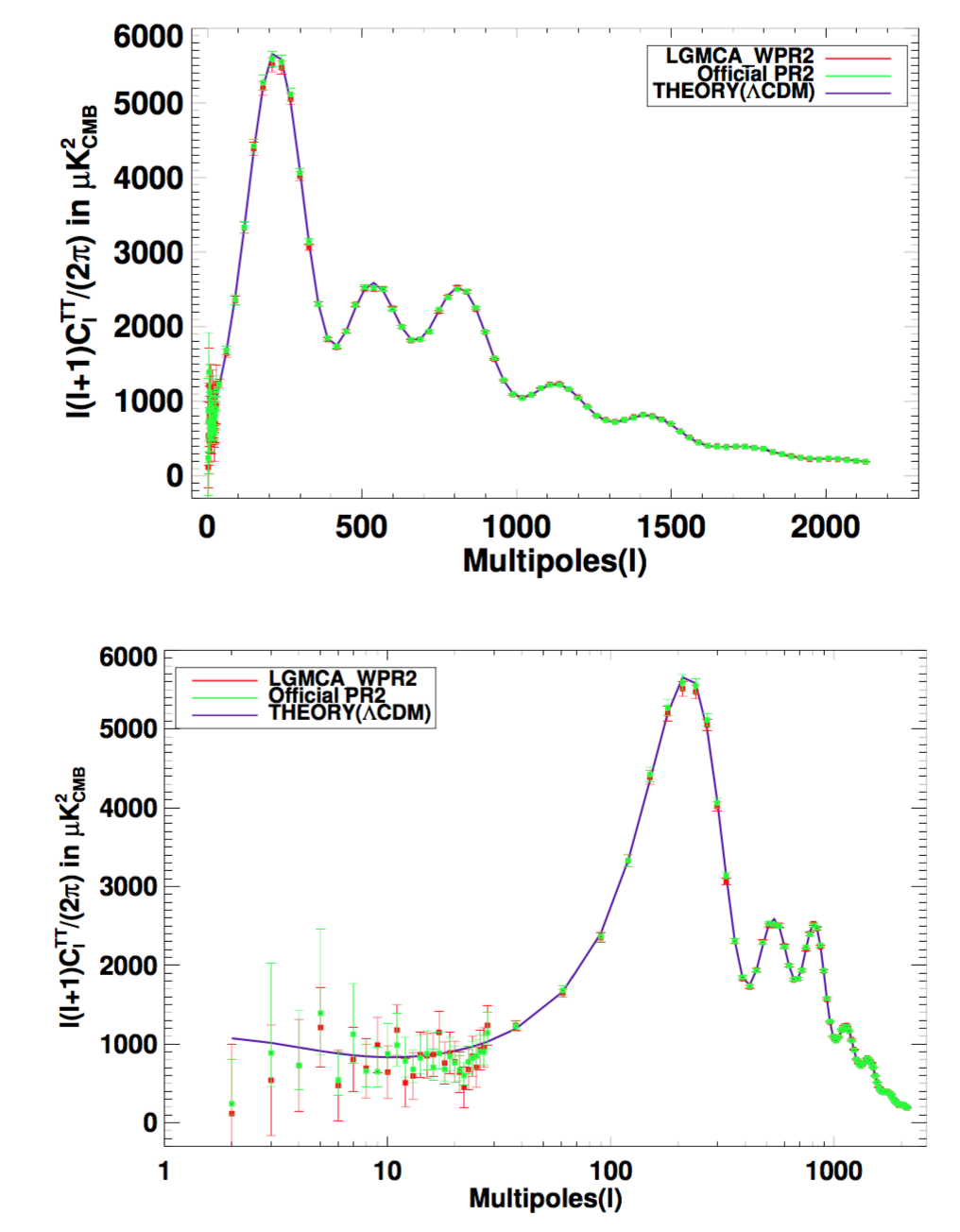 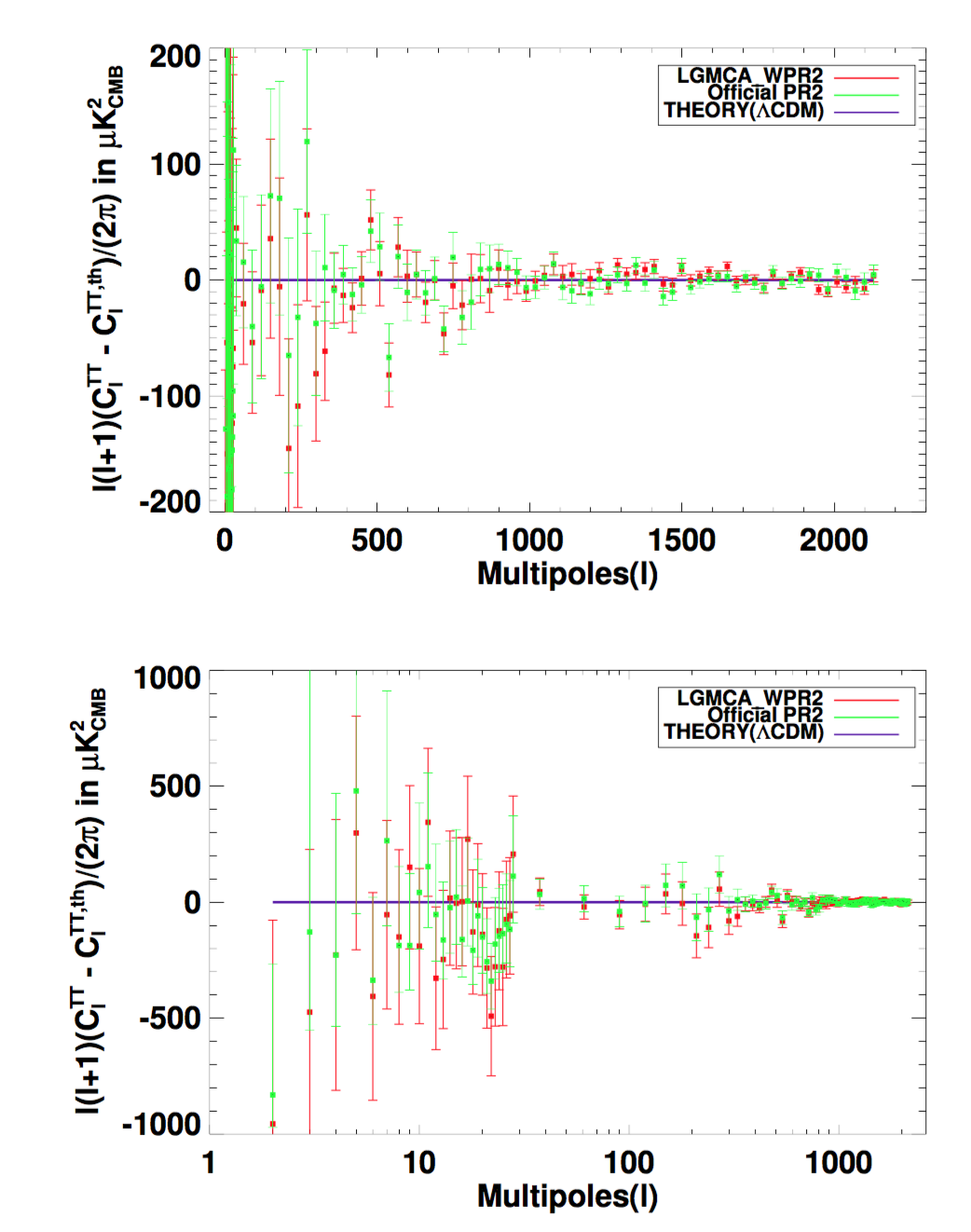 Reproducible research philosophy consists in providing codes and scripts that have used to provided the results.

Codes will be available soon